Customized teams of experts drawn from the Ocean Visions Network will work with the Launchpad participants to identify the specific technical and disciplinary expertise, as well as key physical resources (such as testing facilities, vessels, and labs), that they most need to enhance their ability to compete. These Ocean Visions Advisory Teams will provide ongoing technical guidance and support, without charge, to help the competitors develop and improve their technologies in pursuit of winning the XPRIZE.

The Launchpad application process, which closed in September 2021, was open to innovators anywhere in the world and resulted in more than 50 applications. Using a scoring framework that assessed applicants in areas of feasibility, innovation, and implementation, the following six teams were selected:

·       Captura
Captura is developing electrochemical approaches and scalable technologies to extract CO2 directly from seawater for sequestration purposes. Captura’s offshore platform system will use a novel electrodialysis unit to split and separate water molecules into acid and base, enabling the capture of high-purity CO2 gas and helping restore the pH balance of seawater. The only system inputs would be oceanwater and sunlight.

·       Ebb Carbon
Ebb Carbon is pioneering a new approach to ocean-based carbon removal. Their proprietary electrochemical system uses low carbon electricity to separate salt water into acid and base, enhancing the ocean’s natural ability to safely store excess atmospheric carbon dioxide, while reducing ocean acidity. Sensors and software control how much base is returned to the ocean, to verify the amount of CO2  removed.

·       Phykos
Phykos will grow seaweed to capture carbon from the surface layer of the ocean. They plan on using robotic vessels that will navigate to optimal conditions to grow seaweed. Autonomous and mechanized platforms will allow for periodic harvesting, whereby sheared seaweed would be sunk to the deep ocean—taking with it embodied carbon.

·       Running Tide
Running Tide is deploying and testing free-floating microforests in the open ocean to sequester carbon before sinking into the deep ocean for durable storage. A proprietary system will remotely monitor these microforests, quantifying kelp growth, carbon content, and sinking locations.

·       Seafields
Seafields plans to harness the power of the floating seaweed Sargassum to capture and store carbon at scale. Offshore sustainable aqua-farms, irrigated by pipes that bring nutrient-rich waters to the surface, will support the cultivation of Sargassum, which will then be harvested. Carbon-rich leftovers would then be baled, compressed, and sunk to the bottom of the ocean to lock away carbon.

·       TROFX
TROFX is currently demonstrating offshore structures for macroalgae cultivation and nutrient upwelling, while developing proprietary technology for the extraction of valuable protein components. The team aims to demonstrate rugged and low capital cost infrastructure capable of producing massive quantities of biomass, and an efficient system for precisely transporting macroalgae into the deep ocean for sequestration.

Currently, most global efforts to address climate disruption are focused on reducing emissions of greenhouse gas pollutants. While vital, this path alone is no longer sufficient. In a special climate report, the United Nations made clear that, in addition to turning off the flow of pollution, we also need to remove massive amounts of legacy CO2 from the atmosphere to avoid the most dangerous effects of climate change, and ultimately restore our climate.

“We have no choice but to explore all options to clean up legacy carbon pollution. Some of the most promising are those that build on natural processes that already occur in our ocean,” says Brad Ack, Executive Director and Chief Innovation Officer at Ocean Visions. “These Launchpad teams are bringing enormous creativity, energy, and talent to the testing and development of ocean-based CDR approaches. We are inspired by them and proud to be working with them.”

About Ocean Visions:
Ocean Visions Inc. brings together leading oceanographic research and academic institutions with private sector and public-interest organizations to design and advance solutions to the growing threats to our ocean. We are committed to reversing the climate crisis in the ocean, increasing the resilience of coastal systems and communities to climate impacts, and building a climate-resilient aquatic food system. To learn more, visit www.oceanvisions.org or follow @Ocean_Visions on Twitter.

We are grateful to these partners for their support of Launchpad: 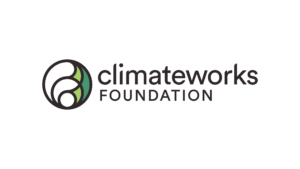 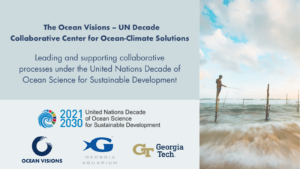 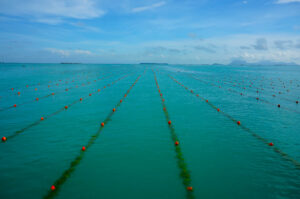 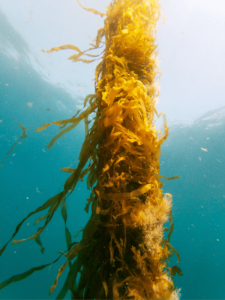